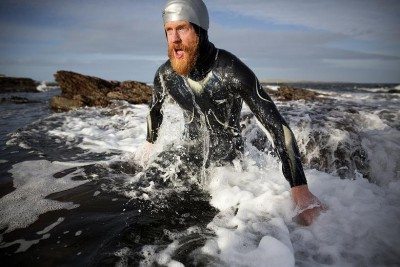 Sean Conway is probably best known for swimming the length of Britain in 2013, a challenge that many thought impossible, Sean disagreed and spent 4.5 months at sea proving it could be done.

Sean is an endurance adventurer; in 2016 he completed the world’s longest ultra Triathlon around the coast of mainland Britain.
He has been the star of adventure documentaries on the discovery channel and is widely admired for his endurance, courage and humour.

Sean is doing a ‘Silde and Supper talk’ at Wilf’s Cafe Staveley on 9th February, come and be inspired to live life more adventurously.